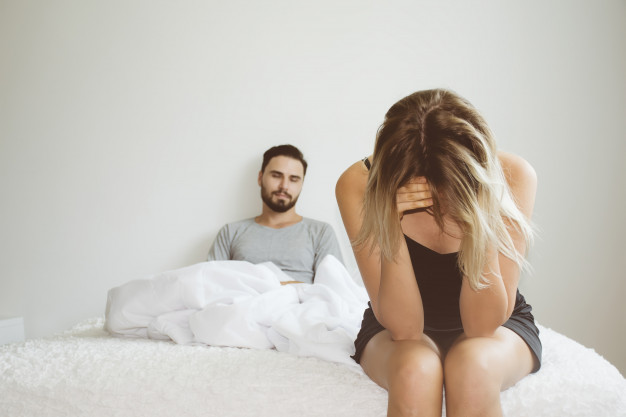 Sulbutiamine is a nootropic (cognitive enhancer) and a man-made version of vitamin B Thiamine, developed by Japanese researchers in the 1960s. In contrast to Thiamine, it easily dissolves in fats, and not in water. It was developed to curb the Thiamine deficiency of the Japanese. Sulbutiamine aims to improve the levels of Thiamine in the brain for greater mental health. It is used to treat asthenia (fatigue) in patients, though it may be useful in treating poor concentration, stimulating digestion and in boosting the memory of individuals who suffer from any form of memory loss. sulbutiamine is one of the most experimental nootropics that exist. It is also used as a stimulant for athletes, who aim to intensify their performance.

The workings of Sulbutiamine are not fully recognized. However, basic experimentation has shown effects on the brain in numerous ways that help fighting mental fragility and mental sickness. Here are a few benefits that come with the consumption of this nootropic –

The Efficacy of Sulbutiamine capsuls

This nootropic has the same effect as caffeine when it enters the body. And thus, it serves as a treatment to asthenia, or pathological fatigue. In France, it’s prescribed for treating fatigue. Pieces of clinical evidence are there to prove that Sulbutiamine can treat fatigue or asthenia that is caused by cerebral damage. Many patients have shown a total reversal in symptoms just after two weeks of usage.

It is successful in treating various kinds of fatigue, to name a few, fatigue-related with multiple sclerosis and post-infection fatigues. Even an unexplained and undefined form of fatigue too can be treated with Sulbutiamine. This nootropic possesses a fatigue-resistant ability that takes place due to an up-regulation in the production of glutamate. However, there is little evidence that it can be effective to treat tiredness as well.

Sulbutiamine also serves the cognition issues that come with thiamine deficiency. It may aim at enhancing memory and cognition abilities too.

Early animal studies carried out on rats showed that this medicine improved their long-term memory. It worked on enhancing both, the memory retention capabilities and the episodic memory.

Also, a study carried on the early-stage Alzheimer’s patients implied that Sulbutiamine, when added to donepezil for six months, had improved their episodic memory, and had their elevated attentiveness. Sulbutiamine improved the acetylcholine signaling, and that helped in restoring memory. Acetylcholine plays a crucial role in memory retention as it helps to amalgamate the new memories while still letting the brain access the part where the old memories are present.

Sulbutiamine has time and again proven to be effective in curbing anxiety and uplifting the mood of an individual. Two studies have been done that conclude that this nootropic gives relief from depression, social awkwardness, and anxiety. Most patients are satisfied with the positive effects it easily induces within different phases of mood swings.

Besides enhancing the production of glutamate, it also up-regulates the cortical transmission of dopamine. Dopamine is a neurotransmitter that’s associated with pleasures and emotional responses. Thus, an increase in the levels of these chemicals will eventually aid in lifting the mood and function towards making the patient feeling happier.

Sulbutiamine restored digestion after kidney surgery, as put forward by a study of 33 patients. The gut flow in tissue studies was also improved, though the clinical importance of such is unknown.

The increased production of dopamine and glutamate functions in cycles of neurons firing within the brain contributes to a happier mood. This functionality also induces extra energy due to enhanced cognitive usage which helps in boosting motivation.

Sulbutiamine has successfully gathered a large number of followers in the nootropic community. Many of the users among them have also reported a substantial rise in mental endurance.

You can rely on this nootropic on the days when there is a lot of work to be done, irrespective of if it requires physical or mental energy. Several studies conclude that this man-made Thiamine increases the energy and stamina to a significant level.

Buying sulbutiamine Online usually safe when consumed within standard prescriptions or constantly monitored amounts. Also, no clinical and reliable information says whether Sulbutiamine is safe for long term use or not. People who are self- experimenting with this nootropic have reported cases of growing anxiety, paranoia, and chronic depression when taken in large doses. Also, some prolonged users fall prey to chronic anxiety due to excessive neural activity induced by the pills.

The required dose of Sulbutiamine depends largely on the age, overall health and other previous mental conditions of the patient. The standard form of the dosage of Sulbutiamine is 200-600 mg/day. The dosage can be carried on 2 to 3 times a day (based on medical advice). As it is fat-soluble, it would be a wise choice to consume it with a fat source. This nootropic is available both in capsule form and in powder form. You can buy either of them depending on your budget as the cost varies.

Though there is not ample published clinical research available that speaks about the period of performance enhancement, it is gaining popularity in the biohacking community. More studies and research on Sulbutiamine would reveal its greater advantages to the human brain and would be eventually helpful in tackling brain-oriented issues.

Sofia is an enthusiastic writer on health & nutrition topics. She has been working in this industry for more than five years now. Lately, she has started working as a freelance health writer to share the knowledge she has gained over the years. She also writes about Health, fitness, lifestyle & nutrition. Other than his work, she loves playing outdoor sports.