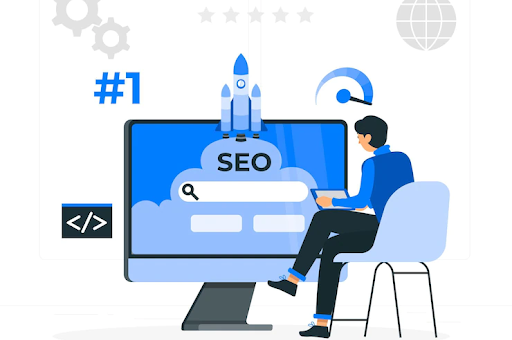 How to become a game developer? This is a question that almost every third person out of ten wants to know the answer to, and if you are also one of them then you have come to the right place.

What is Game Development?

The process of creating video games is called game development. Video game production requires programming, which is done by a game developer. Another name for them is programmers. While designers come up with the idea, developers use computer code to turn these ideas into real, playable products. Different teams of developers are in charge of the gameplay, scenario, character development, and other elements of the game.

How is a Game Designer different from a Game Developer?

Although the terms “game designer” and “game developer” may seem similar, persons who are pursuing careers in these sectors should know that they are very different.

In simple terms, game designers are imaginative souls who can see the entire process through to completion. The magic is created by game developers, who collaborate for hours to ensure proper code.

The abilities of graphic design, programming, animation, and even art are all used by game designers. They come up with and design the game’s entire principle as well as, sometimes, the game’s narrative. Designing the initial structure and flow of the game is another important aspect of their job; this is frequently what makes or breaks a game.

Programmers are essentially what game developers do. They concentrate more on the game’s technical components. They are quite knowledgeable in a wide range of programming languages, including Lua, Perl, C++, and others. The position of a developer is ideal for you if you consider yourself to be an expert coder or want to be one.

As a member of a team, you will develop the code required for the game’s operation. You’ll also need to eliminate problems and ensure that games that have already been released function properly.

Anyone who works on creating a video game is frequently referred to as a “game developer.” In order to bring an idea or concept to the final product stage, individuals in this position must utilize their coding experience, problem-solving abilities, and design capabilities.

You’ll normally work in one of four jobs in this sector: independent (indie), first, second, or third-party developers. Depending on where you are in your career, the aspects of game production you are interested in, and how much creative control you desire over the final result, you will decide which route to choose.

Second-Party Developer: solely creates video games for consoles (but is not fully owned by the platform or console)

Example: Pokémon are created by Game Freak for Nintendo, albeit Nintendo does not wholly own the company.

Third-Party Developer: creates and releases their own games, or creates games for other Publishers.

A game cannot be created without game developers from the point that the game designers first conceptualize the overall structure and ideas until the very conclusion. Thousands of lines of code, sound, artwork, and technological wizardry are all combined by developers to create the enchantment that appears on your screen.

A degree in game development opens up a wide range of career opportunities, some of which are listed below:

You don’t need to go anywhere to complete the courses for Game Developer in this digital time you can do any course online from different platforms like Upgrade, Coursera, etc.

How to Become a Game Developer?

A bachelor’s degree in computer science or software engineering is the minimal requirement for a game developer. However, hiring managers like applicants who have advanced qualifications that show they have a solid understanding of a certain field. It is preferable to choose programs that offer practical training with programming tools.

Programmers that work on games should be skilled in C++ as well as C and Java. Understanding fundamental principles of software development and well-known gaming engines is a bonus. Before entering the world of studio games, you may practice your coding skills with mobile games. Online tutorials exist, and multiple active developer groups actively aid newcomers in their learning processes.

Making an excellent portfolio is a certain approach to winning over potential employers. Build a game idea that demonstrates your skills in coding, programming, design, production, and the visual arts if you have the software. Your work examples will speak for themselves when a hiring manager inquires about your skill sets!

When you already work in the software and technology environment, moving into the gaming industry is simpler. Jobs like “coder,” “programmer,” “software tester,” and “application developer” are good for developing technical and practical skills while on the job. Later, you may put this knowledge to use while following your enthusiasm for certain gaming careers.

And if you are new in this field then you start your career with an internship in a game development company. It will enhance your skills and help you to find a good job in the field.

Possessing the necessary technical abilities on your CV may allow you to find employment as a game developer. Experience with game development platforms and the ability to code (typically in C# or C++) are two abilities you’ll frequently see in job advertisements.

Unity: You may create 2D and 3D games using the cross-platform Unity game engine. Particularly for independent and mobile games, Unity is widely used. You can start making games (and earning expertise) before you get employed because it is free for students and personal use.

Unreal Engine: It evolved into a 3D creative platform used for games on several platforms, Although it was first created for first-person shooters. C++ is the programming language used by Unreal.

C#: The Programming language (pronounced C-sharp) is often used for creating mobile apps and games, especially when combined with the Unity engine.

The typical yearly remuneration for a game designer is Rs. 6 lakhs.

Depending on the employment location, the pay scale varies, although it generally falls within a certain range. Here is the annual salary range for game developers in India, broken down by city:

So what are you waiting for, pick up your laptop and computer and enjoy

If you have any problem with this topic then feel free to comment, we will be happy to help you.

About: He is a Game Developer and Digital Marketer. He loves to convert his ideas into reality by developing Products to make your online business success with his Games and mobile app development services.