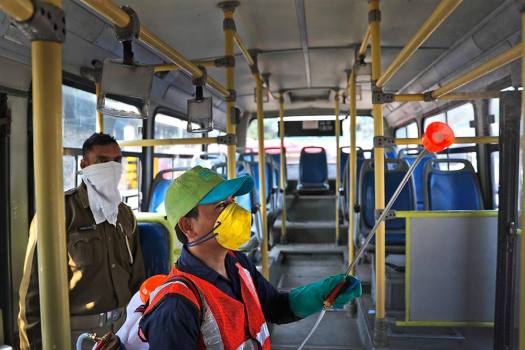 Post that incident, the country which was at greatest risk was India as it is the nation with the second largest population in the world map, after China. The maximum number of alleged cases in India were reported from Kerala. Besides Kerala, the other major Indian cities that are affected by Corona Virus include Mumbai, New Delhi, Bengaluru, Patna, and Hyderabad. Numerous people were found positive when tested for Coronavirus in these cities.

Thousands of Indians were put to the test for Corona Virus, out of which 182 were diagnosed with the disease in 16 states of the country. To check the further proliferation of the disease in the country, the state governments became pro-active and implemented a quarantine course of action in major cities till 30th March 2020. These initiatives comprise closing the gymnasiums, health clubs, multiplexes, swimming pools, malls, restaurants, and movie theatres to avoid gathering of a large number of people at public places. Moreover, the means of Public Transport and school buses were also sanitized.

The first case of death from the Corona Virus in the nation was declared on 12th March 2020 in the state of Karnataka. This intensified the gravity of the whole situation. The schools were closed and few examinations were even postponed for the safety of children. The state governments released a further advisory to the people. It suggested the following points:

However, the number of positive cases of Corona Virus is quite less in India when compared to the death tolls of the most developed nations in the world.

Impact of Corona Virus Outbreak on the Transport Sector

Transport Industry plays a pivotal role in any economy – national or local. The working of the other industries is also dependent on it. The economy has got affected negatively due to this disease.

As the capital Delhi was getting continues raise in Coronavirus patient the Transporter in Delhi also start having precaution and safety while making and transport dealing.

The occurrence of Corona Virus Disease (COVID 19) has negatively influenced the Transport Industry in these ways:

Public Transport is a fundamental part of urban life and the day-to-day movement of common people. Thus, a list of recommendations for the public transport commuters and staff have also been issued stating the below-mentioned details:

Listening to the advisory messages and executing good practices are the only way to escape from this highly infectious disease. Being alert and cautious can save people from getting entangled in the clinches of this fatal disease.