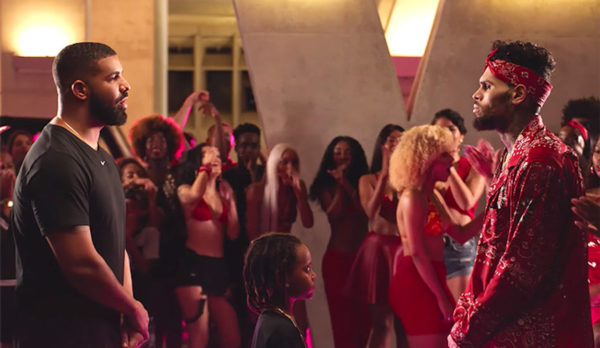 Shortly after releasing “No Guidance,” Drake and Chris Brown are back with a visual for their upcoming collaborative track.

Clocking in at middle nine-minutes, the short film directed by Chris Robinson kicks off with some new dialogue cuts that set up an interesting party where the two artists goal are set to meet. Coming face to face at the Miami party, the tense rival encounter is broken up by the appearance of a little kid who shares Drake’s thoughts on the singer.

Brown then delivers a choreographed hot dance set to “No Guidance,” discounting the performance the best Canadian rapper then shows off his “dance moves” which clears out the party.

Watch Drake and Chris Brown dance battle in their “No Guidance” music video above.

In case you missed it, Rick Ross and Drake came together once again on “Gold Roses.”