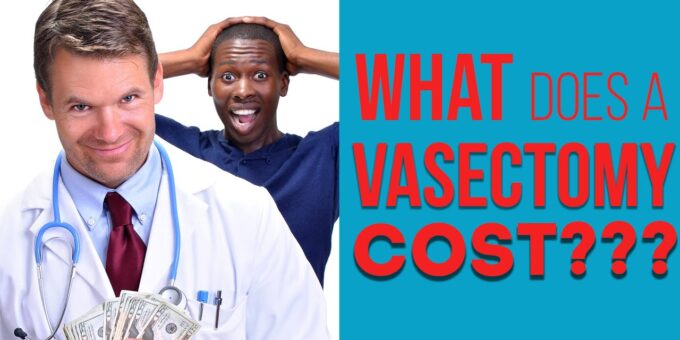 A vasectomy is a surgical procedure for male birth control. It entails cutting and sealing the tubes that carry the sperm from the testicles to the semen. That means that ejaculations will no longer contain any sperm, which prevents pregnancy. In this article, we’ll explore everything you need to know about getting a vasectomy including what it involves, costs, and other pros and cons of this form of male birth control. What Is The Cost Of Vasaceprocedure?

Is It Worth The Price?

If you and your partner have decided that you don’t want any more children, then a vasectomy may be the right choice for you. But, before you make this decision, you need to understand the cost of a vasectomy and whether or not it is worth the price. On average, a vasectomy costs between $350 and $1,000. The exact cost will depend on the doctor you see and where you live. Some insurance plans may cover part or all of the cost of a vasectomy. So, is a vasectomy worth the price? For many men, the answer is yes. A vasectomy is a permanent form of birth control that is highly effective. It is also less invasive than a woman’s sterilization procedure and has a shorter recovery time. If you are considering a vasectomy, talk to your doctor about the risks and benefits. Once you have all the information, you can decide if a vasectomy is right for you.

There are a number of pros and cons to consider when it comes to the cost of a vasectomy. On the one hand, the procedure is generally considered to be very effective, with a success rate of over 99%. Additionally, it is a relatively simple and quick procedure that can be performed in an outpatient setting. On the other hand, the cost of vasectomy can be a significant barrier for many men. The average cost of the procedure ranges from $350 to $1,000, although it can be higher or lower depending on your insurance coverage and the specific surgeon you use. Additionally, while a vasectomy is considered a permanent form of contraception, it is possible for the procedure to fail or for men to experience complications that require further surgery.

There are a few alternatives to vasectomy that are worth considering. These include:

• Tubal ligation – This is a surgical procedure that involves sealing or cutting the fallopian tubes. This prevents eggs from reaching the sperm, and thus fertilization cannot take place.

• Essure – This is a non-surgical sterilization procedure that involves placing small metal coils in the fallopian tubes. This causes scar tissue to form and block the tubes, preventing eggs from reaching the sperm.

• Mirena IUD – This is a small, T-shaped device that is placed in the uterus. It releases hormones that prevent ovulation and thickens the cervical mucus, making it difficult for sperm to reach the egg.